Former NFL rushing back who became the league's 27th player to dash for 10,000 yards. In 1999, the New Orleans Saints drafted him fifth overall, and he later played for the Miami Dolphins and Baltimore Ravens.

He married Kristin Barnes in 2009 and he has five children: Prince, Kekoa, Elijah, Asha and Marley.

During his 1998 season with the University of Texas, he earned the renowned Heisman Trophy.

He was the NFL's leading rusher during his 2002 season with the Miami Dolphins.

Information about His net worth in 2021 is being updated as soon as possible by infofamouspeople.com, You can also click edit to tell us what the Net Worth of the Ricky Williams is

He was teammates with Ray Rice during his final season in the NFL on the Ravens.

Ricky Williams's house and car and luxury brand in 2021 is being updated as soon as possible by in4fp.com, You can also click edit to let us know about this information. 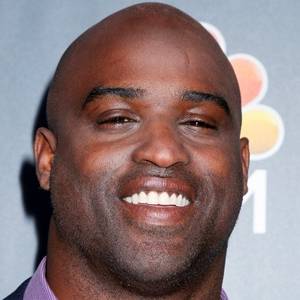