Indian actor who became known for his work in Telugu cinema. He has won Andhra Pradesh, Filmfare, and CineMAA Awards.

His father was famous South Indian actor Chiranjeevi. He married Upasana Kamineni in 2012.

He made his debut as a leading man in the 2007 film Chirutha, for which he won several awards for best actor.

Information about His net worth in 2021 is being updated as soon as possible by infofamouspeople.com, You can also click edit to tell us what the Net Worth of the Ram Charan is

He co-starred with actress Kajal Aggarwal in the 2009 romance film, Magadheera.

Ram Charan's house and car and luxury brand in 2021 is being updated as soon as possible by in4fp.com, You can also click edit to let us know about this information. 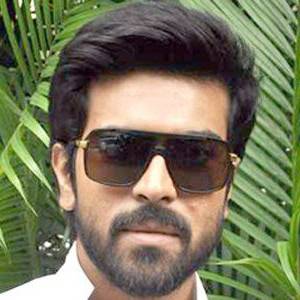