His parents were U. Suryanarayana Raju and Siva Kumari. His uncle is Krishnam Raju , another poplar Telugu actor.

In 2002, he made his acting debut in the film Eeshwar, which he followed up with Raghavendra. In both films, he played the title character.

Information about His net worth in 2021 is being updated as soon as possible by infofamouspeople.com, You can also click edit to tell us what the Net Worth of the Prabhas is

He acted alongside popular actress Shriya Saran in Chatrapathi.

Prabhas's house and car and luxury brand in 2021 is being updated as soon as possible by in4fp.com, You can also click edit to let us know about this information. 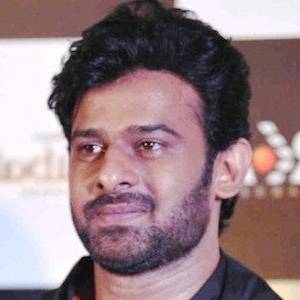