Philo Taylor Farnsworth (August 19, 1906 – March 11, 1971) was an American inventor and television pioneer. He made many crucial contributions to the early development of all-electronic television. He is best known for his 1927 invention of the first fully functional all-electronic image pickup device (video camera tube), the image dissector, as well as the first fully functional and complete all-electronic television system. Farnsworth developed a television system complete with receiver and camera—which he produced commercially through the Farnsworth Television and Radio Corporation from 1938 to 1951, in Fort Wayne, Indiana.In later life, Farnsworth invented a small nuclear fusion device, the Farnsworth–Hirsch fusor, employing inertial electrostatic confinement (IEC). Like all fusion devices, it was not a practical device for generating nuclear power, although it provides a viable source of neutrons. The design of this device has been the inspiration for other fusion approaches, including the Polywell reactor concept. Farnsworth held 300 patents, mostly in radio and television.

Philo Taylor Farnsworth was an American inventor who developed the first fully functioning all-electronic picture pickup device (also known as a video camera tube) and the first fully functional and complete all-electronic television system. He was also the first person to demonstrate the technology to a general audience. Farnsworth, who invented a television system that included a camera and a receiver, eventually commercialized the system through the Farnsworth Television and Radio Corporation in Fort Wayne, Indiana. The Farnsworth"Hirsch fusor, a tiny nuclear fusion device, was also designed by the renowned American inventor. Although this gadget isn't capable of producing nuclear energy, it does provide a viable source of neutrons. The electron microscope, gastroscope, infant incubator, and astronomical telescope were all made possible by Farnsworth's inventions. He received various accolades and honors as a result of his services. Several memorials have been created in his honor, and a few streets/awards have been named after him, including The Philo Awards (an annual public-access television cable competition) and The Genius of Green Street. In order to celebrate the famous innovator, the Letterman Digital Arts Center in San Francisco erected a statue of him.

He grew up near the town of Beaver in southwestern Utah, his father a follower of the Brigham Young , who lived in a log cabin built by his own father.

In his infancy, he was an avid reader of Popular Science magazine, and by the time he was a teenager, he had managed to wire the family's home for electricity.

He achieved his first television transmission at the age of 21, but the images were too bright and too hot, and he spent the next few years refining his process.

He based a lot of his research on the work done by John Logie Baird , another great contributor to television technology. 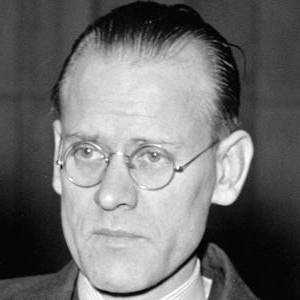