Philip Seymour Hoffman was an American actor. Best known for his distinctive supporting and character roles—typically lowlifes, eccentrics, bullies, and misfits—he acted in many films and theatrical productions, including leading roles, from the early 1990s until his death in 2014.

His brother, Gordy Hoffman , was the screenwriter for his 2002 film Love Liza.

In the 1990s, he played supporting roles in the films Boogie Nights, Magnolia, The Talented Mr. Ripley and The Big Lebowski. He received Tony Award nominations for his performances in the Broadway plays True West (2000), Long Day's Journey into Night (2003), and Death of a Salesman (2012).

He was a favorite actor of director Paul Thomas Anderson , who cast him in Magnolia, Boogie Nights, Punch-Drunk Love, and The Master. 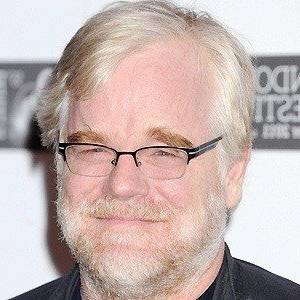