Philip Edward Hartman was a Canadian-American actor, comedian, screenwriter, and graphic designer. Hartman was born in Brantford, Ontario, Canada, and his family moved to the United States when he was ten years old. After graduating from California State University, Northridge with a degree in graphic arts, he designed album covers for bands including Poco and America. In 1975, he joined the comedy group The Groundlings, where he helped Paul Reubens develop his character Pee-wee Herman. Hartman co-wrote the film Pee-wee's Big Adventure and made recurring appearances as Captain Carl on Reubens' show Pee-wee's Playhouse.

Philip Edward "Phil" Hartman was an eccentric Canadian-born American actor, writer, graphic designer, and comedian known for his caustic comedy and odd sense of humour. Despite having a typical, peaceful, easy-going demeanor in real life, he was at his best portraying arrogant, obnoxious, and nasty characters. Hartman began working as a graphic artist after completing his education. He enrolled in comedy lessons run by the California-based improvisational comedy troupe The Groundlings, whom he eventually joined and re-designed their logo in lieu of money, because he was dissatisfied with his average employment and wanting a more interactive outlet for his talents. He worked with Paul Reubens on the invention of Pee-wee Herman, the latter's persona. In 1986, he joined the cast of NBC's Saturday Night Live, where he swiftly rose to fame thanks to his prolific celebrity impersonation talents. Other hefty offers began to flood in soon after. In 'NewsRadio,' he played Bill McNeal, and in 'The Simpsons,' he voiced Troy McClure and Lionel Hutz. He was one of the busiest character performers in the industry at the time of his death in 1998, as well as an up-and-coming screenwriter who had sold his first film project. Hartman was inducted onto the Hollywood Walk of Fame after his death in 2014.

He married his third wife Brynn Omdahl in 1987; the couple had two children named Birgen and Sean.

He launched his own graphic design company and designed scores of record covers, advertisements, and logos.

He joined the Groundlings which started his comic career.

He impersonated Bill Clinton while he was on Saturday Night Live. 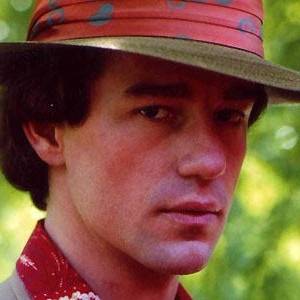