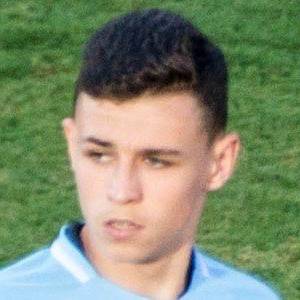 Philip Walter Foden is an English professional footballer who plays as a midfielder for Premier League club Manchester City and the England national team. He is considered one of the best young players in the world.Foden's breakthrough into professional football came in 2017 when he won the FIFA U-17 World Cup Golden Ball award following England's successful Under-17 World Cup campaign. He made his debut for City during the same year and in December was named BBC Young Sports Personality of the Year.Foden has since made over 100 appearances for the club, winning nine honours including becoming the youngest recipient of a Premier League winners' medal. In 2019, he won a second Premier League and became the club's youngest-ever goalscorer in the UEFA Champions League, and is the youngest English player to both start a match and score in the knockout stages of the competition. In 2021, he was named as the Premier League Young Player of the Season and the PFA Young Player of the Year.

Midfield phenom who made his senior debut for Manchester City against Manchester United in the 2017 International Champions Cup. He got called up to the squad for the first time when he was only 16 years old.

He joined Man City's U9 squad as a young lad and began playing for the team.

He competed in England's Under-17 division and went on to play in the UEFA European Under-17 Championship.

He earned praise from coach Pep Guardiola after his first senior game with Man City.

Phil Foden's house and car and luxury brand in 2021 is being updated as soon as possible by in4fp.com, You can also click edit to let us know about this information.