In 1990, he won the Spanish Formula Ford 1600 championship; in 1999, he made his Formula One debut, finishing sixth in the Australian Grand Prix.

He grew up in Barcelona, Spain.

He raced remote-control vehicles and won the World Championship of the European Federation of Radio Operated Model Automobiles in 1983 and 1984.

He finished fifth in the 2005 Bahrain Grand Prix but recorded the fastest lap in the race.

Information about His net worth in 2021 is being updated as soon as possible by infofamouspeople.com, You can also click edit to tell us what the Net Worth of the Pedro de la Rosa is

He raced alongside Eddie Irvine on Jaguar Racing from 2001 to 2002.

Pedro de la Rosa's house and car and luxury brand in 2021 is being updated as soon as possible by in4fp.com, You can also click edit to let us know about this information. 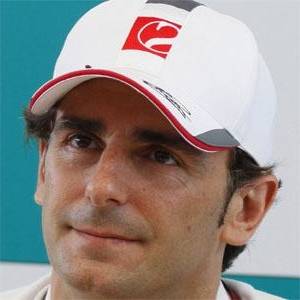