David Paul Scofield was an English actor. During a seven-decade career, Scofield achieved the Triple Crown of Acting, winning an Academy Award, Emmy, and Tony for his work. He won the three awards in a seven-year span, the fastest of any performer to accomplish the feat.

David Paul Scofield was a well-known English actor who appeared on theatre and television. Paul Scofield, as he was known, was a young man who found Shakespeare and grew up to be one of the best Shakespearean performers of his time. Although he had worked in a variety of media, his initial love was theater acting. He was similarly enthralled by radio. His distinct voice and crystal-clear pronunciation made him ideal for the job. He also had a commanding presence on stage and screen, making him a fan favorite. He was a natural performer who arrived to the sessions with an open mind. He knew he'd be able to base his performance around some component of the character, whether it was the haircut, a significant period, or even the voice. Scofield, despite his renown as a cinema star, only appeared in about twenty films. That was primarily due to his pickiness about the roles he took on, as well as the fact that he prioritized his family and did not like to be away from them for lengthy periods of time.

He married actress Joy Parker in 1943; together, they had two children.

He received a Tony award for his Broadway performance in A Man for All Seasons.

He performed in an acclaimed 1962 production of William Shakespeare 's King Lear. 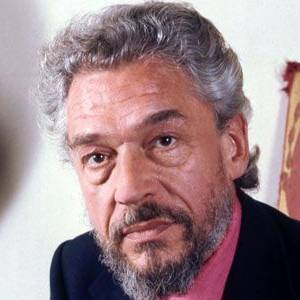