Dame Olivia Newton-John is a British-born Australian singer, songwriter, actress, entrepreneur and activist. She is a four-time Grammy Award winner whose music career includes five US number-one hits and another ten Top Ten hits on the Billboard Hot 100, and two Billboard 200 number-one albums, If You Love Me, Let Me Know and Have You Never Been Mellow . Eleven of her singles and 14 of her albums have been certified Gold by the Recording Industry Association of America . With global sales of more than 100 million records, Newton-John is one of the best-selling music artists from the second half of the 20th century to the present.In 1978, she starred in the musical film Grease, whose soundtrack remains one of the world's best-selling albums of recorded music. It features two major hit duets with co-star John Travolta: "You're the One That I Want" – which ranks as one of the best-selling singles of all time – and "Summer Nights". Her signature solo recordings include the Record of the Year Grammy winner "I Honestly Love You" and "Physical" – Billboard's Top Hot 100 Single of the 1980s – plus her cover of "If Not for You" , "Let Me Be There" , "If You Love Me " , "Have You Never Been Mellow" , "Sam" , "Hopelessly Devoted to You" , "A Little More Love" and, from the 1980 film Xanadu, "Magic" and "Xanadu" . Plus "Heart Attack" and "Twist of Fate" .

Olivia Newton-John is an English-Australian singer and composer who has received four Grammy Awards. She is also an actor, having starred in films such as the musical 'Grease.' She is also an entrepreneur and an animal rights and environmental activist. In addition, the multi-faceted personality is a proponent of health awareness and has volunteered for a number of causes. She began her career in clubs and on TV shows after being born in England. Her Grammy Award-winning anthems "I Honestly Love You" and "Physical" catapulted her to fame. She has sold more than 100 million records worldwide, making her one of the best-selling musicians of all time. Her acting debut was in the film 'Funny Things Happen Down Under,' in which she played a supporting role. She went on to star in the musical picture 'Grease' a few years later. The music to the film is one of the most popular in history. She was diagnosed with breast cancer in 1992. Following treatment, she went into remission, only to recur in 2017. She is a breast cancer awareness campaigner who helped to establish the Olivia Newton-John Cancer and Wellness Centre in Melbourne by raising a considerable amount of money.

She had a daughter named Chloe Rose with her first husband, Matt Lattanzi . She married John Easterling in 2008.

During her adolescence, she established the Sol Four, an all-girl band with three of her classmates.

She beat breast cancer in 1992 and became an animal rights and environmental activist.

Olivia Newton-John's estimated Net Worth, Salary, Income, Cars, Lifestyles & many more details have been updated below. Let's check, How Rich is She in 2021-2022? According to Forbes, Wikipedia, IMDB, and other reputable online sources, Olivia Newton-John has an estimated net worth of $60 Million at the age of 73 years old in year 2022. She has earned most of her wealth from her thriving career as a Singer, Actor, Entrepreneur, Songwriter, Film Producer from England. It is possible that She makes money from other undiscovered sources

She starred in Grease with John Travolta .

Olivia Newton-John's house and car and luxury brand in 2021 is being updated as soon as possible by in4fp.com, You can also click edit to let us know about this information. 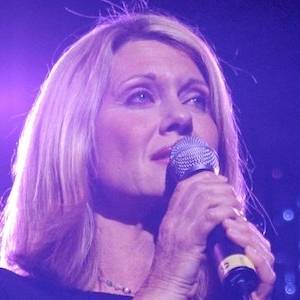