One of his sons, Henry Leavitt Ellsworth, became the first Commissioner of the United States Patent Office, as well as a benefactor of Yale College.

He began his legal career after studying religion at the College of New Jersey (which later became Princeton).

In discussions over what to name the country's new government, he emphasized keeping 'United States' to signify the importance of states over a strong national government.

John F. Kennedy's only entry into the Encyclopedia Britannica was an entry on him.

● Oliver Ellsworth was born on April 29, 1745 (age 62) in Windsor, Connecticut, United States ● He is a celebrity politician ● He attended Yale University, Princeton University● He died on November 26, 1807, Windsor, CT● He had 1 child William W. Ellsworth● His spouse is Abigail Wolcott (m. 1772) 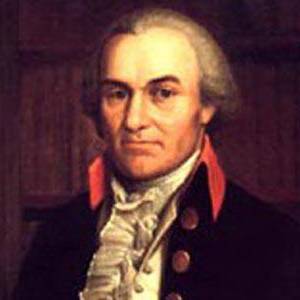