Television actor who is best known for his role as Pelagios in the Netflix series Barbarians. He also portrayed the character Roman Platov in Berlin Station and the character Sebastian in Tatort.

He was born in Paris, France and raised in California. His father is actor Klaus Kinski, and he is the half brother of actress Nastassja Kinski.

His first professional acting role was in the 1989 film Paganini.

He portrayed Karl Lagerfeld in the film Yves Saint Laurent.

Information about His net worth in 2021 is being updated as soon as possible by infofamouspeople.com, You can also click edit to tell us what the Net Worth of the Nikolai Kinski is

He is 45 years old. His height is Unknown & weight is Not Available now. His measurements, clothes & shoes size is being updated soon or you can click edit button to update His height and other parameters.

He starred alongside actor Luke Bracey in the 2015 film Point Break.

Nikolai Kinski's house and car and luxury brand in 2021 is being updated as soon as possible by in4fp.com, You can also click edit to let us know about this information. 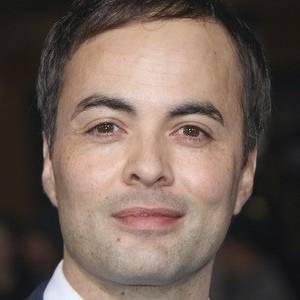