Michael Wayne Daniels Jr. is an American football defensive tackle who is a free agent. He played college football for the Iowa Hawkeyes and was drafted by the Green Bay Packers in the fourth round of the 2012 NFL Draft.

Green Bay Packers picked defensive end in the fourth round of the 2012 NFL Draft.

His parents are Carlene and Michael Daniels and he was born and raised in Stratford, New Jersey with his brother Sean. He married Heaven Tutson in July 2014 and has two sons. He is of Christian faith and often tweets religious content.

His first ever touchdown in the NFL came in a December 2012 game, where he returned a fumble for a score against the Detroit Lions.

He became teammates with Sam Shields and Datone Jones on the Packers.

Mike Daniels's house and car and luxury brand in 2021 is being updated as soon as possible by in4fp.com, You can also click edit to let us know about this information.

● Mike Daniels was born on May 5, 1989 (age 33) in Stratford, New Jersey, United States ● He is a celebrity football player ● He attended Highland Regional High School, The University of Iowa● His spouse is Heaven Daniels● Mike Daniels has 1 sibling in His family: Sean Daniels● His height is 6′ 0″● His weight is 291 lbs 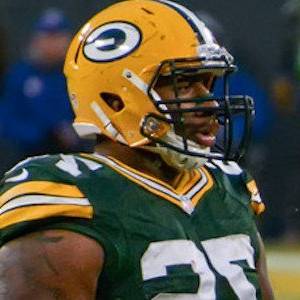