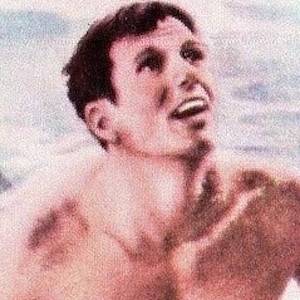 Michael Jay Burton is an American swimmer, three-time Olympic champion, and former world record-holder in two freestyle distance events.When he was an eighth grader he was hit by a furniture truck while riding a bicycle with a friend. Earlier he loved to play football and basketball, but the injuries due to this accident made him abandon contact sports, and left swimming as one of the few fitness options.Burton graduated from El Camino High School. He won 10 AAU titles, and while at UCLA Burton was a NCCAA champion five times. These included the 500 Free , 1650 Free , and 200 Fly , which also became an All-American for these events. Burton was also a four-time Pac-10 champion, he helped lead the Bruins to the Pac-10 Championship Team Title in 1970. He enter the UCLA Athletics Hall of Fame as a Character Member. At the 1967 University Games in Tokyo, Japan, he won a gold medal in the 1,500-meter freestyle, ahead of Russian Semyon Belits-Geiman.Burton won two gold medals in individual events at the 1968 Summer Olympics in Mexico City: the 400-meter freestyle and 1,500-meter freestyle. Four years later at the 1972 Summer Olympics in Munich, Germany, he became the only American ever to repeat as the 1,500-meter freestyle gold medalist, and he also recaptured the world record in the process. Burton's repeat proved a stunning win: in the spring of 1972, Burton had been diagnosed with a vitamin deficiency, and at the U.S. Olympic Trials had barely made the Olympic Team. The Olympic Trials were held in Chicago, Burton failed to make the Olympic team in the 400 freestyle event and the 200 butterflies. On the next to the last day of the Trials, he snuck into the finals of the 1500 when he finished eighth. Burton manager to be able to finish in third to make the team .At the Munich Games, Burton loved to start out fast and was the early leader even over Australian star Graham Windeatt. Yet, Windeatt fought back and regained the lead. Burton overtook Windeatt on the closing lengths, broke Rick DeMont's world record and won the gold medal for himself and the United States.The celebration in Munich of his historic repeat, however, was overshadowed by Mark Spitz's performance at those Games and by the terrorist attack on the Olympic Village, which occurred the day after his race.

American swimmer who won three Olympic gold medals, two in Mexico City in 1968 and one in Munich in 1972.

His daughter Loni had a remarkable swimming career in college.

When he was in seventh school, he was hit by a truck, which prevented him from participating in contact sports, so he concentrated only on swimming.

He became the first American ever to repeat as a gold medalist in the 1,500-meter freestyle after winning the event in 1968 and 1972.

He won gold at the 1972 Olympics where swimmer Mark Spitz won an amazing seven gold medals.

Mike Burton's house and car and luxury brand in 2021 is being updated as soon as possible by in4fp.com, You can also click edit to let us know about this information.