Michael Fred Phelps II is an American former competitive swimmer. He is the most successful and most decorated Olympian of all time with a total of 28 medals. Phelps also holds the all-time records for Olympic gold medals , Olympic gold medals in individual events , and Olympic medals in individual events . When Phelps won eight gold medals at the 2008 Beijing Games, he broke fellow American swimmer Mark Spitz's 1972 record of seven first-place finishes at any single Olympic Games. At the 2004 Summer Olympics in Athens, Phelps already tied the record of eight medals of any color at a single Games by winning six gold and two bronze medals. At the 2012 Summer Olympics in London, Phelps won four gold and two silver medals, and at the 2016 Summer Olympics in Rio de Janeiro, he won five gold medals and one silver. This made him the most successful athlete of the Games for the fourth Olympics in a row.Phelps is the long course world record holder in the men's 400-meter individual medley as well as the former long course world record holder in the 200-meter freestyle, 100-meter butterfly, 200-meter butterfly, and 200-meter individual medley. He has won 82 medals in major international long course competitions, of which 65 were gold, 14 silver, and three bronze, spanning the Olympics, the World Championships, and the Pan Pacific Championships. Phelps's international titles and record-breaking performances have earned him the World Swimmer of the Year Award eight times and American Swimmer of the Year Award eleven times, as well as the FINA Swimmer of the Year Award in 2012 and 2016. Phelps earned Sports Illustrated magazine's Sportsman of the Year award due to his unprecedented Olympic success in the 2008 Games.

It's not every day that a man jumps into a pool and produces a once-in-a-lifetime performance! Michael Phelps not only perfected the technique, but also made it a daily occurrence. With his unrelenting drive and rock-solid focus, Phelps went on to generate tidal waves in the chlorinated and non-chlorinated worlds with his faultless effort, which is plainly obvious from his career graph, which reached the pinnacle of success. Phelps holds 39 world records, 29 in individual events and 11 in group events, making him the only swimmer in history to do so. He also made history as the only Olympian to earn the most Olympic gold medals (23), the only Olympian to win 13 gold medals in individual events, and the only Olympian to win eight gold medals in a single Olympic Games. Surprisingly, the man who made the water ripples was first hesitant to put his face under water. Phelps not only overcome his fear, but he also overcame his childhood attention-deficit hyperactivity disorder (ADHD) to become a master at what he loved to do"swimming! Throughout his career, it was not his back-to-back triumphs or undefeated accomplishments that set him apart from his contemporaries and colleagues, but his desire to surpass his own records and change the way the world viewed swimming!

He and Nicole Johnson welcomed their first child, Boomer , in May 2016 and they got married a month later. They welcomed their second son, Beckett Richard, in February 2018. He grew up in a house of women: his mom, Debbie, and his sisters, Whitney and Hilary. His parents divorced in 1994 and his father remarried in 2000.

When he was seven, he began swimming to burn off excess energy, and when he was 10, he was diagnosed with ADHD.

He became the youngest male to make the U.S. swim team in 68 years, and revealed that he ate 12,000 calories each day during the 2008 Beijing Olympics.

Michael Phelps's estimated Net Worth, Salary, Income, Cars, Lifestyles & many more details have been updated below. Let's check, How Rich is He in 2021-2022? According to Forbes, Wikipedia, IMDB, and other reputable online sources, Michael Phelps has an estimated net worth of $100 Million at the age of 37 years old in year 2022. He has earned most of his wealth from his thriving career as a Swimmer, Athlete from United States. It is possible that He makes money from other undiscovered sources

He destroyed the Olympic records held by Mark Spitz and finished his Olympic career with an amazing 23 Gold medals.

Michael Phelps's house and car and luxury brand in 2021 is being updated as soon as possible by in4fp.com, You can also click edit to let us know about this information. 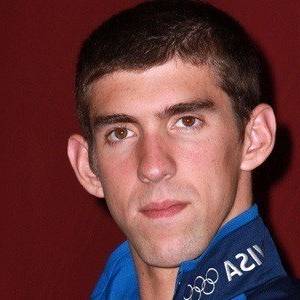