Meyer Lansky (born Meier Suchowlański; July 4, 1902 – January 15, 1983), known as the "Mob's Accountant," was an American organized crime figure of Polish birth who, along with his associate Charles "Lucky" Luciano, was instrumental in the development of the National Crime Syndicate in the United States.A member of the Jewish mob, Lansky developed a gambling empire that stretched around the world. He was said to own points (percentages) in casinos in Las Vegas, Cuba, The Bahamas and London. Lansky additionally had a strong influence with the Italian-American Mafia and played a large role in the consolidation of the criminal underworld. The full extent of this role has been the subject of some debate, as Lansky himself denied many of the accusations against him.Despite nearly 50 years as a member/participant in organized crime, Lansky was never found guilty of anything more serious than illegal gambling. He has a legacy of being one of the most financially successful gangsters in American history. Before he fled Cuba, he was said to be worth an estimated $20 million (equivalent to $159 million in 2020). When he died in 1983, his family learned that his estate was worth around US$57,000 (equivalent to $155,079 in 2021).

Meyer Lansky was one of the most powerful criminals in America throughout the nineteenth century. He was a key figure in the establishment of the United States' national crime syndicate. He ran gambling, thievery, drugs, and other sorts of organized crime, including murder, across the United States, Cuba, and the Caribbean. His ability to launder money earned him the moniker "Mob's Accountant." He was a gangster's acquaintance, and he began his criminal career by founding the Bugs and Meyer Mob, which became well-known in Manhattan. He enforced perfect honesty in his organization and reacted harshly with any dishonesty. He was actively involved in breaking up pro-Nazi demonstrations during World War II, having been born into a Polish"Jewish family who had been victims of anti-Semitic acts. By paying Batista's competitor to stand down, he was essential in restoring Batista to power in Cuba. He eventually departed Cuba before Fidel Castro took control, relocating to Las Vegas and other regions of the Caribbean. He spent the final days of his life at his Miami Beach house. At the age of 80, he died of lung cancer. He allegedly had over $300 million in bank accounts, which were never discovered until his death.

His brother Jacob was the manager of the Nacional Hotel in Havana, Cuba.

With his mother and brother, he emigrated to the United States through the port of Odessa in 1911 and resided in Manhattan's Lower East Side.

He was an instrumental figure in the development of the National Crime Syndicate, a confederation of mainly Italian and Jewish organized crime groups throughout the U.S., which included gangsters Al Capone and Bugsy Siegel .

He was a lifelong friend and partner of Lucky Luciano . 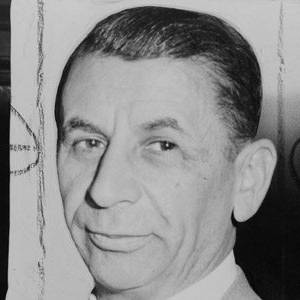