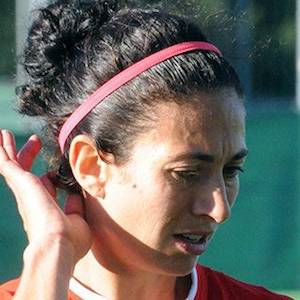 International defender for Canada, who earned a bronze medal at the 2012 Olympic Games with her country. She's played with the Ottawa Fury, Montreal Xtreme, and KIF Orebro in Canada.

She was born to Bernard Nault and Francine Grenier-Nault.

She was an All-Academic SEC member twice during her collegiate soccer career at the University of Tennessee, where she appeared in 83 games.

She's served as a coach at Tennessee and has also played for Saint-Etienne, FC Indiana, and Chicago Red Eleven.

She and Rhian Wilkinson have played together on Canada's national team.

Marie-Eve Nault's house and car and luxury brand in 2021 is being updated as soon as possible by in4fp.com, You can also click edit to let us know about this information.