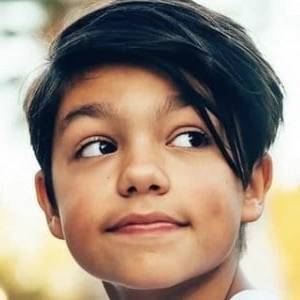 Tv_Shows: Stuck in the Middle

Malachi Barton is most known for his role as 'Beast Diaz,' a Hispanic youngster on 'Stuck in the Middle.' He's also renowned as the gifted son of Felicia Barton, an American Idol season 8 competitor who earned a lot of fan love on the show. He also won season 8 of The Voice (singing Whitney Houston's "I Will Always Love You"). Malachi has also been in a number of advertisements for well-known products, and he was a well-known face even before he was featured in 'Stuck in the Middle.' His Instagram follower base is steadily growing, and he is also active on Twitter. His mother is in charge of both of his accounts.

He shot a McDonald's commercial alongside his younger brother.

He enjoyed playing baseball growing up.

He has done commercials for Lay's Potato Chips, McDonalds and KMart.

The first photo posted to his parent-run Instagram account was one he took with actor Scott Baio .

Malachi Barton's house and car and luxury brand in 2021 is being updated as soon as possible by in4fp.com, You can also click edit to let us know about this information.