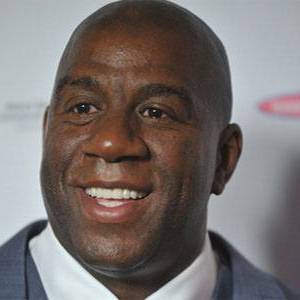 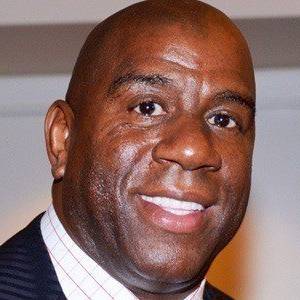 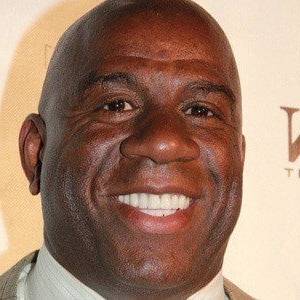 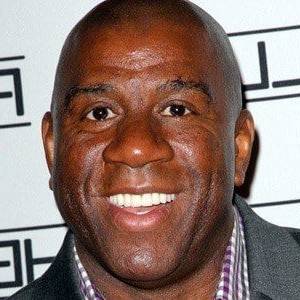 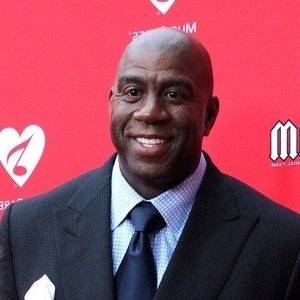 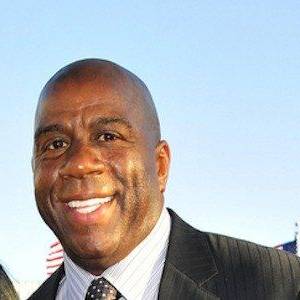 Earvin "Magic" Johnson Jr. is an American former professional basketball player and former president of basketball operations of the Los Angeles Lakers of the National Basketball Association . Often regarded as the greatest point guard of all time, Johnson played 13 seasons for the Lakers and was honored as one of the 50 Greatest Players in NBA History in 1996 and selected to the NBA 75th Anniversary Team in 2021. After winning championships in high school and college, Johnson was selected first overall in the 1979 NBA draft by the Lakers. He won a championship and an NBA Finals Most Valuable Player Award in his rookie season, and won four more championships with the Lakers during the 1980s. Johnson retired abruptly in 1991 after announcing that he had contracted HIV, but returned to play in the 1992 All-Star Game, winning the All-Star MVP Award. After protests from his fellow players, he retired again for four years, but returned in 1996, at age 36, to play 32 games for the Lakers before retiring for the third and final time.

Magic Johnson is a retired professional basketball player from the United States who is widely regarded as one of the greatest basketball players of all time. He played professional basketball for 13 seasons, all with the National Basketball Association's Los Angeles Lakers (NBA). He is a tall, well-built guy known for his muscular arms, agility, and quickness, which helped him become one of the world's most threatening players throughout the 1980s. Magic Johnson was raised in a large home with many siblings and had an early passion for basketball. His father was an athletic man who had played basketball in high school, despite not being a professional player. His mother, too, fueled his enthusiasm for the sport. He was a fantastic player for the Everett High School squad, earning two All-State honors and was regarded as the finest high school player ever to come from Michigan at the time. He went on to Michigan State University to study and continue playing the sport. He was drafted by the Los Angeles Lakers after college and spent the rest of his career with them. He was diagnosed with HIV and is well-known for his HIV advocacy and charity work.

He married Cookie Kelly , with whom he has a son named EJ and an adopted daughter named Elisa . He also has a son named Andre through his relationship with Melissa Mitchell.

His major ambition while at Michigan State University was to work as a TV analyst.

At 6'9" he was known for his remarkable versatility, able to play every position on the court from point guard to center. His HIV diagnosis was instrumental in breaking stereotypes about HIV being a "gay disease."

Magic Johnson's estimated Net Worth, Salary, Income, Cars, Lifestyles & many more details have been updated below. Let's check, How Rich is He in 2021-2022? According to Forbes, Wikipedia, IMDB, and other reputable online sources, Magic Johnson has an estimated net worth of $620 Million at the age of 63 years old in year 2022. He has earned most of his wealth from his thriving career as a Talk show host, Basketball player, Actor, Film Producer, Athlete, Entrepreneur, Television producer, Basketball Coach from United States. It is possible that He makes money from other undiscovered sources

He admired Michael Jordan and his basketball talent, especially after he was beaten by his Chicago Bulls in five games in the 1991 NBA Finals.

Magic Johnson's house and car and luxury brand in 2021 is being updated as soon as possible by in4fp.com, You can also click edit to let us know about this information.

Stephen A. explains why Magic Johnson should be on the NBA Mount Rushmore | First Take

House of Highlights - 4 years ago

10 Reasons Why Magic Johnson is The Greatest Basketball Player Ever 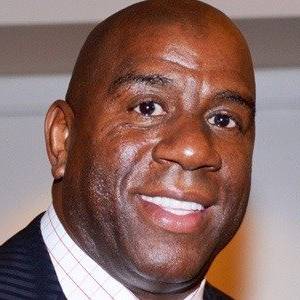