Mackenzie Sol Williamson is an English singer and songwriter now signed to Hana Road Music Group, an independent music label, with tracks such as "Never Letting You Go," "My Gift," and "Laugh." He has been singing since he was a child and received praise when he auditioned for 'The X Factor' at the age of four. He was also a finalist in Open Mic UK, an annual music competition that seeks out unsigned talent in the United Kingdom. He also performs as an actor and writes his own music. He's easily combined his singing, dancing, and acting talents to create his own unique brand of enthralling pop music. His performances in "The Dumping Ground" and "Chestnuts," a short musical, were well-received. He has already performed in a number of theatre musicals before he turned adolescent. His performance as Billy Elliot in the West End's Youth Theatre was notable. The Royal Ballet School in London, impressed by his performance, gave him a place to study at their training center. He's also well-known for his self-titled YouTube channel, where he records and uploads his own music. As of June 2018, the channel had 75 thousand subscribers and ten million views.

He was born in Sunderland, England. His mother's name is Nicki.

He began singing when he was just two years old. In 2005, he had his first major public debut when he auditioned for The X Factor.

He studied at Stagecoach Theater Arts and competed on Open Mic UK as a finalist. He voices the character P.U.P in the Netflix movie pupstar2.

Information about His net worth in 2021 is being updated as soon as possible by infofamouspeople.com, You can also click edit to tell us what the Net Worth of the Mackenzie Sol is

Kendall Vertes appeared as his love interest in his "Taken" music video.

Mackenzie Sol's house and car and luxury brand in 2021 is being updated as soon as possible by in4fp.com, You can also click edit to let us know about this information. 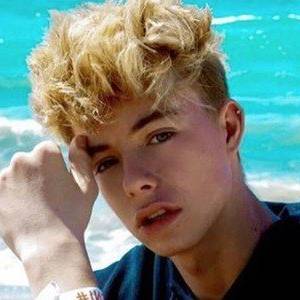