Lyriq Bent (born January 3, 1979) is a Jamaican-Canadian actor. He is known for his roles in the Saw films, the television series Rookie Blue, and The Book of Negroes. Bent portrays Jamie Overstreet in the Netflix series She's Gotta Have It, based on the film of the same name.

He is a film and television actor who is best known for his roles in the Saw trilogy. His significant television work includes She's Gotta Have It, Rookie Blue, Mary Kills People, Shoot the Messenger, and The Book of Negroes.

He moved to Toronto, Ontario, Canada at the age of six.

He went to New York's Seneca College. He got his start in the industry as a computer graphic technician.

He won Best Actor in a Leading Dramatic Role at the 2016 Canadian Screen Awards for his role in The Book of Negroes.

He starred alongside Mark Wahlberg in the movie Four Brothers.

Lyriq Bent's house and car and luxury brand in 2021 is being updated as soon as possible by in4fp.com, You can also click edit to let us know about this information.

● Lyriq Bent was born on January 3, 1979 (age 43) in Kingston, Jamaica ● He is a celebrity actor ● His nationalities are Jamaican, Canadian● He joined movies and tvshows named Tyler Perry's Acrimony (2018), The Book of Negroes (2015), Nappily Ever After (2018), Rookie Blue (2010 – 2015) and She's Gotta Have It (Since 2017) ● In His career, Lyriq Bent has achieved an Canadian Screen Award for Best Performance by an Actor in a Leading Role in a Dramatic Program or Mini-Series● He attended Seneca College of Applied Arts and Technology● His height is 6ft 0 (183cm) 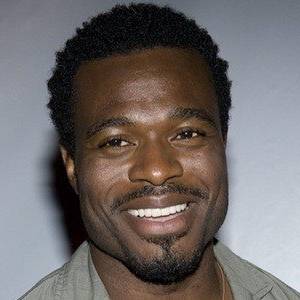