Leigh-Allyn Baker is a well-known American actress and voice actor. She is best recognized for her appearances on Will & Grace as Ellen and Charmed as Hannah Webster. She is also known for her leading role in Disney's "Good Luck Charlie" as Amy Duncan. In addition to television, Leigh-Allyn Baker has acted in a number of films, including "Very Mean Men," "Inner Shadow," and "Breast Men," to mention a few. The gifted lady is also a voice actress, having lent her voice to the Nickelodeon animated series 'Back at the Barnyard' as Abby. She's also done voice work for a number of video games, including Star Trek and X-Men. Leigh-Allyn Baker has been active in the industry since 1994, accumulating almost two decades of acting experience and a strong name and reputation. And, of course, she's won the hearts of tens of thousands of people! Today, the American actress has got millions of fans, both on social networking platforms and otherwise.

She had a son named Griffin in 2009 and another son named Baker in 2012 with her husband Keith James Kauffman.

In 1996, she made her first television appearance as Gina in an episode of Almost Perfect titled "A Midseason Night's Comedy."

She played Hannah Webster on Charmed, and has also provided voice acting for the children's animated series Back at the Barnyard.

Information about Her net worth in 2021 is being updated as soon as possible by infofamouspeople.com, You can also click edit to tell us what the Net Worth of the Leigh-Allyn Baker is

She shared the screen with Bradley Perry on Disney's Good Luck Charlie.

Leigh-Allyn Baker's house and car and luxury brand in 2021 is being updated as soon as possible by in4fp.com, You can also click edit to let us know about this information. 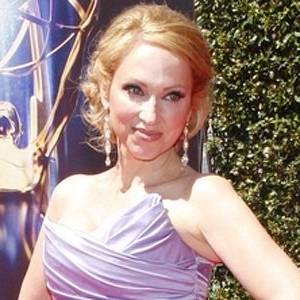