Margaret LeAnn Rimes Cibrian is an American singer, songwriter and actress. She originally rose to success as a country music artist at age 13 with 1996's "Blue". She has since crossed over into pop, contemporary Christian, and other musical genres. Rimes has placed over 40 singles on international charts since 1996. In addition, she has sold over 37 million records worldwide, with 20.8 million album sales in the United States according to Nielsen SoundScan. Billboard ranked her number 17 in terms of sales success in the 1990–2000 decade.Rimes was raised in Texas and demonstrated a unique singing ability from a young age. Through her parents' efforts, Rimes began performing in various programs, including musical theater and local music contests. Developing a local following, Rimes recorded two studio albums as a preteen. These records helped bring her to the attention of Nashville label Curb Records. She signed a contract with Curb at age 13 and released 1996's "Blue". It became a top ten hit on the Billboard country songs chart. Her 1996 album of the same name sold over six million copies and established her as a major country artist. In 1997, Rimes crossed over into pop music with "How Do I Live". The song became one of the best-selling singles of the 1990s. An extended mix of the track was included on her next album You Light Up My Life: Inspirational Songs, which sold over four million copies. Over the next several years, Rimes's singles demonstrated further crossover success. These include "I Need You" and "Can't Fight the Moonlight".

Margaret LeAnn Rime Cibrian, better known by her stage name LeAnn Rimes, is an American country and pop singer, songwriter, novelist, and actor who rose to fame at the age of 14 as one of America's youngest country music stars. Despite the fact that Rimes began singing classes at the age of five and performed locally in Texas theaters and cable television shows, her breakthrough came with her first studio album, Blue, for which she won two Grammy awards. She began with country music and eventually moved on to adult contemporary music, pop, and rock, with the majority of her albums combining all of these genres. Because of their comparable musical and vocal styles, she has been compared to the iconic country singer Patsy Cline; some music experts regard her work to be a legacy to Cline's singing career. Rimes is not just a vocalist, but also a writer, having published her first novel at the age of 15 and two children's novels. She made her acting debut in the film 'Coyote Ugly,' and sang the film's soundtrack, 'Can't Stop the Moonlight,' which made her a worldwide favorite and celebrity.

Rimes began performing in talent events when she was five years old. She was almost cast as Annie in the Broadway musical Annie later on.

LeAnn Rimes's estimated Net Worth, Salary, Income, Cars, Lifestyles & many more details have been updated below. Let's check, How Rich is She in 2021-2022? According to Forbes, Wikipedia, IMDB, and other reputable online sources, LeAnn Rimes has an estimated net worth of $10 Million at the age of 39 years old in year 2022. She has earned most of her wealth from her thriving career as a Actor, Author, Singer, Songwriter from United States. It is possible that She makes money from other undiscovered sources

She has released covers of songs by Whitney Houston .

LeAnn Rimes's house and car and luxury brand in 2021 is being updated as soon as possible by in4fp.com, You can also click edit to let us know about this information. 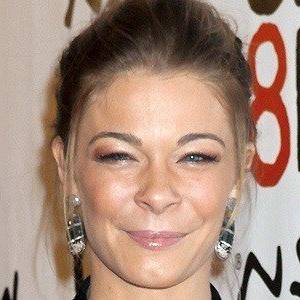