Larry Flynt, the American publisher and proprietor of the adult entertainment company Larry Flynt Publications, is one of the industry's greatest names, with an estimated net worth of $400 million. He survived an assassination attempt after being shot by a shooter, which left him paralyzed and forced him to live in a wheelchair. He has been involved in a variety of disputes and court challenges over the years, including one involving the First Amendment. He is the editor of the 'Hustler' magazine, which gained widespread media attention for publishing intimate images of a former First Lady. His father was an army officer, and his mother was a housewife when he was born in Magoffin County, Kentucky. His parents separated when he was only 10 years old, and he grew up amid poverty and misery. He served in the United States Army and Navy for a short time before moving on to a variety of occupations and eventually opening his own bar. After a while, he founded his own Hustler Club. Continue reading this biography to get more interesting and exciting details about his childhood, personal life, and accomplishments.

He married his fifth wife Elizabeth Berrios in 1998.

He served in both the Army and the Navy of the United States of America.

He founded Hustler magazine and was paralyzed from the waist down due to an assassination attempt on him.

He is portrayed by Woody Harrelson in the 1996 drama film The People vs. Larry Flynt. 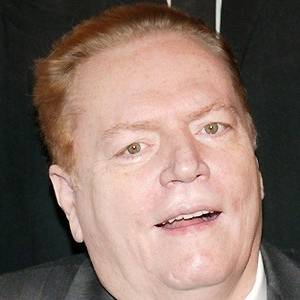