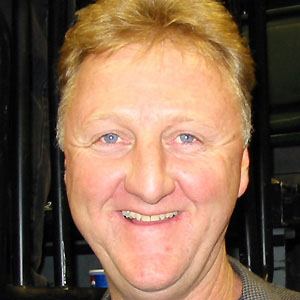 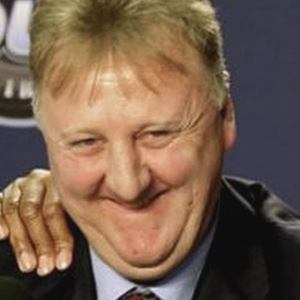 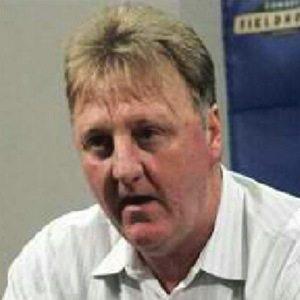 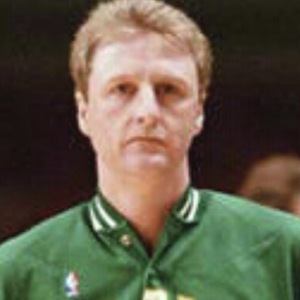 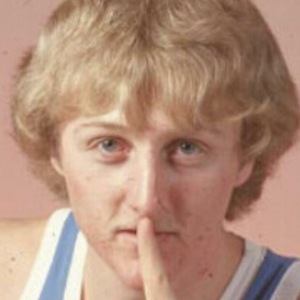 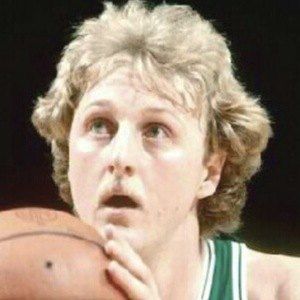 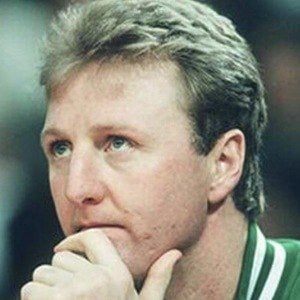 Larry Joe Bird is an American former professional basketball player, coach and executive in the National Basketball Association . Nicknamed "the Hick from French Lick" and "Larry Legend", Bird is widely regarded as one of the greatest basketball players of all time. Growing up in French Lick, Indiana, he was a local basketball star. Highly recruited, he initially signed to play college basketball for coach Bobby Knight of the Indiana Hoosiers, but dropped out after one month and returned to French Lick to attend a local community college. The next year he attended the smaller Indiana State University, playing ultimately for three years for the Sycamores. Drafted by the Boston Celtics with the sixth overall pick in the 1978 NBA draft after his second year at Indiana State, Bird elected to stay in college and play one more season. He then led his team to an undefeated regular season in 1978–1979. The season finished with a national championship game matchup against Michigan State, a team that featured Magic Johnson, beginning a career-long rivalry that the two shared for more than a decade.

Larry Joe Bird is a legendary basketball player who played for the Boston Celtics in the NBA. He is a legend in the NBA, with several records and impressive career statistics. It's no surprise that he's known as Larry Legend. Larry is one of the most popular NBA players of all time, with a long list of accomplishments. He's won three NBA championships and five times been named the league's Most Valuable Player. Larry is recognized as the deadliest shooter, the greatest intimidator, and an excellent scorer of all time, having earned 12 NBA All-Star awards and nine All-NBA First Team honors. He went on to have a successful post-retirement career, winning honors for Best Coach and NBA Executive of the Year. While his tremendous self-esteem has helped him achieve many great things on the court, it has also tarnished him in certain ways, since he is known for being a major trash talker.

He married his high school sweetheart Janet Condra after enrolling at Indiana State, but then divorced her before going to the pros. He then married Dinah Mattingly in 1989 and he has three children, a pair of daughters named Corrie and Mariah and a son named Connor.

Before his college basketball career at Indiana State, where he was voted national player of the year in 1979, he was the all-time leading scorer at Springs Valley High School in Indiana.

After retiring from the NBA, he became the president of basketball operations for the Indiana Pacers.

Larry Bird's estimated Net Worth, Salary, Income, Cars, Lifestyles & many more details have been updated below. Let's check, How Rich is He in 2021-2022? According to Forbes, Wikipedia, IMDB, and other reputable online sources, Larry Bird has an estimated net worth of $75 Million at the age of 65 years old in year 2022. He has earned most of his wealth from his thriving career as a Basketball player, Basketball Coach, Coach, Athlete from United States. It is possible that He makes money from other undiscovered sources

He won 3 NBA championships playing alongside Robert Parrish on the Celtics.

Larry Bird's house and car and luxury brand in 2021 is being updated as soon as possible by in4fp.com, You can also click edit to let us know about this information. 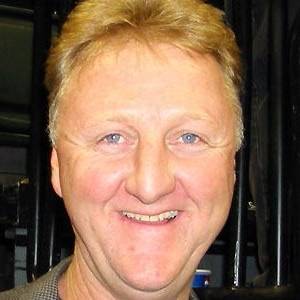