Kelly Brianne , known professionally as Kelly Clarkson, is an American singer, songwriter, actress, author, and television personality. She rose to fame after winning the first season of American Idol in 2002, which earned her a record deal with RCA. Her debut single, "A Moment Like This", topped the US Billboard Hot 100, and became the country's best selling single of 2002. It was included on her debut studio album, Thankful , which debuted atop the Billboard 200. Trying to reinvent her image, Clarkson parted ways with Idol management and shifted to pop rock for her second studio album, Breakaway . Supported by four US top-ten singles – the title track, "Since U Been Gone", "Behind These Hazel Eyes", and "Because of You" – Breakaway sold over 12 million copies worldwide and won two Grammy Awards.

Kelly Clarkson is an American singer and songwriter who rose to fame after winning the first season of 'American Idol' and becoming the nation's darling. She not only rose to fame as a result of the triumph, but she also signed a multi-album contract with RCA Records, 19 Recordings, and S Records. Since then, she has released seven studio albums, three of which have charted at the top of the 'US Billboard 200,' with the other two albums hitting at number two and three, respectively. She is one of the most well-known musicians to emerge from the 'American Idol' franchise. She experimented with diverse subjects and music styles as her career progressed, often co-writing her songs to infuse them with her own thoughts. For her uniqueness and vocal talent, she received critical recognition as well as a number of major accolades. She is well known for winning the 'Grammy Award' three times. Aside from music, she has starred in films and television shows, written the children's book "River Rose and the Magical Lullaby," and volunteered for a number of charities.

She was born to Jeanne and Joseph Clarkson, and has a stepfather named Jimmy Taylor as well as a brother named Jason and sister named Alyssa. She married Brandon Blackstock in 2013. The couple had a daughter named River Rose in June of 2014 and a son named Remington Alexander in April of 2016.

Before winning American Idol, she rejected down two full-ride scholarships to the University of Texas and the Berklee College of Music, as well as two record agreements.

In 2006, she won a Grammy Award for Best Female Pop Vocal Performance for the hit song "Since U Been Gone." She went on to rank on VH1's list of 100 Greatest Women in Music.

Kelly Clarkson's estimated Net Worth, Salary, Income, Cars, Lifestyles & many more details have been updated below. Let's check, How Rich is She in 2021-2022? According to Forbes, Wikipedia, IMDB, and other reputable online sources, Kelly Clarkson has an estimated net worth of $45 Million at the age of 40 years old in year 2022. She has earned most of her wealth from her thriving career as a Singer-songwriter, Actor, Record producer, Singer, Songwriter, Philanthropist from United States. It is possible that She makes money from other undiscovered sources Reliable sources show that her annual salary is about $14 Million

She and Carrie Underwood both gained fame after winning American Idol.

Kelly Clarkson's house and car and luxury brand in 2021 is being updated as soon as possible by in4fp.com, You can also click edit to let us know about this information. 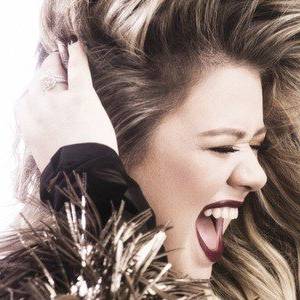