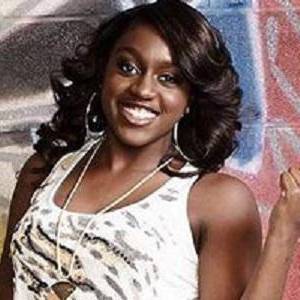 Kayla Jones is a well-known American dancer who has won the Bay Area Battle for an incredible seven years in a row! Anna Pavlova undoubtedly meant dancers like Kayla when she remarked, "Dance is the purest expression of every feeling, earthly and spiritual." Dance is not just a passion for the young dancer, but also a way for her to connect with her heart and spirit. Jones, despite her youth, is already a great dancer who has made a reputation for herself in the dance world as a result of her enthusiasm for the art form. To Kayla Jones, dancing is a way of life. It was important to her to be able to express herself via dance, therefore she decided to pursue it professionally. Kayla originally became a part of the Dancing Dolls dance team in 2008. Her abilities enabled her climb the corporate ladder quickly, and she is now the Assistant Coach for her team. Jones won the Bay Area Battle Grand Champion title seven years in a row, from 2008 to 2014. She is presently a part of the team in the reality show "Bring It!"

She was born in Jackson, Mississippi. Her parents are Tina Jones and Terrell Vaughn. Her boyfriend's name is Moe.

When she was two years old, she began dancing.

With the Dancing Dolls, she was crowned a grand champion at the Bay Area Battle for the 7th year in a row in 2014.

She stars on Bring It! alongside Sunjai Williams .

Kayla Jones's house and car and luxury brand in 2021 is being updated as soon as possible by in4fp.com, You can also click edit to let us know about this information.