Tiaina Baul "Junior" Seau Jr. was an American professional football player who was a linebacker in the National Football League . Known for his passionate play, he was a nine-time All-Pro, 12-time Pro Bowl selection, and named to the NFL 1990s All-Decade Team. He was elected posthumously to the Pro Football Hall of Fame in 2015.

Former NFL linebacker, 12-time Pro Bowl selection, and one of San Diego Chargers' most illustrious players. He played his final seven NFL seasons for the Miami Dolphins and New England Patriots, totaling 1,849 tackles in his career.

He had three children with his ex-wife Gina Deboer.

He used to sleep in a one-car garage with his three brothers when he was a kid.

During his time with the San Diego Chargers, he picked up the nickname the Tasmanian Devil.

He and LaDainian Tomlinson were teammates on the Chargers from 2001 to 2002. 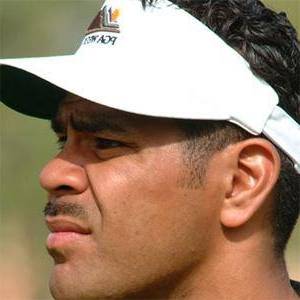