Joko Widodo (Indonesian: [dʒɔkɔ widɔdɔ]; born 21 June 1961), popularly known as Jokowi, is an Indonesian politician and businessman who is the 7th and current president of Indonesia. Elected in July 2014, he was the first Indonesian president not to come from an elite political or military background. He was previously the mayor of Surakarta from 2005 to 2012 and the governor of Jakarta from 2012 to 2014. Before his political career, he was an industrialist and businessman.He achieved national prominence in 2009 for his work as the mayor of Surakarta. A member of the Indonesian Democratic Party of Struggle (PDI-P), he was named as the party's candidate for the 2012 Jakarta gubernatorial election, alongside Basuki Tjahaja Purnama (often known as Ahok) as his running mate. Defeating incumbent Fauzi Bowo, he took office in October 2012 and reinvigorated Jakartan politics, introducing publicised blusukan visits (unannounced spot checks) and improving the city's bureaucracy, reducing corruption in the process. He also introduced years-late programs to improve quality of life, including universal healthcare, dredging the city's main river to reduce flooding, and inaugurating the construction of the city's subway system.The PDI-P nominated Widodo, who was already seen as a rising star in Indonesian politics, for the 2014 presidential election. Winning a majority of the popular vote, he was named president-elect on 22 July 2014, to bitter protest from his opponent Prabowo Subianto, who disputed the outcome and withdrew from the race before the count was completed. As president, Widodo has primarily focused on infrastructure, introducing or restarting long-delayed programs to improve connectivity in the Indonesian archipelago. On foreign policy, his administration has emphasised "protecting Indonesia’s sovereignty", with the sinking of illegal foreign fishing vessels and the prioritising and scheduling of capital punishment for drug smugglers. The latter was despite intense representations and diplomatic protests from foreign powers, including Australia and France. He was re-elected in 2019 for a second five-year term, again defeating Prabowo Subianto.

Indonesia's current President, Joko Widodo, has been in office since October 2014. During the presidential election in mid-2014, there was significant disagreement, but he was finally pronounced the winner by the General Elections Commission. After holding numerous previous roles in the Indonesian administration, he was elected as the country's 7th President. Widodo was born into a poor family in Surakarta, and as a member of the impoverished segment of society, he experienced many challenges. He had to start working as a young child to support his family and pay for his own schooling due to the family's severe financial position. He was a diligent worker and an astute student who earned a degree in forestry engineering from Yogyakarta's famed Gadjah Mada University. He eventually entered politics and was elected to the role of Jakarta governor. He became highly popular in both the urban and rural areas of the country, and he progressed up the ranks, finally becoming President. Citizens hold him in high regard because he is seen as a trustworthy and principled leader who understands the difficulties of ordinary people.

He and his wife Iriana, both practitioners of Islam, became parents to three children: Gibran, Kahiyang, and Kaesang.

He earned a bachelor's degree in engineering from Gadjah Mada University in 1985.

As Governor of Jakarta, he introduced a system of universal healthcare that was both popular and controversial.

He and Adam Malik both had prominent political careers in Indonesia.

Joko Widodo's house and car and luxury brand in 2021 is being updated as soon as possible by in4fp.com, You can also click edit to let us know about this information.

● Joko Widodo was born on June 21, 1961 (age 61) in Surakarta, Indonesia ● He is a celebrity politician ● The parents of Joko Widodo are Sujiatmi Notomihardjo, Noto Mihardjo● He had 3 children Kaesang Pangarep, Kahiyang Ayu, Gibran Rakabuming Raka● His spouse is Iriana Joko Widodo (m. 1986)● His height is 5′ 9″ 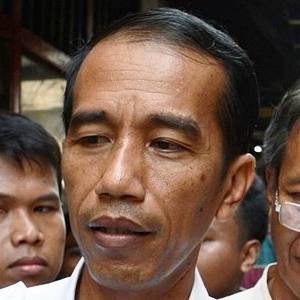