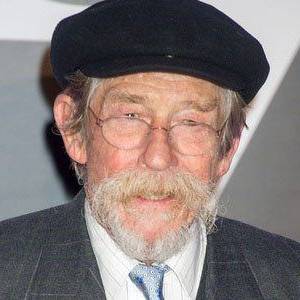 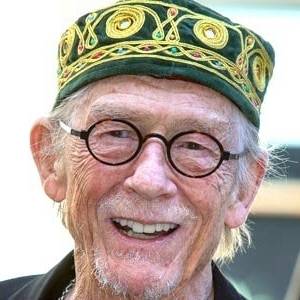 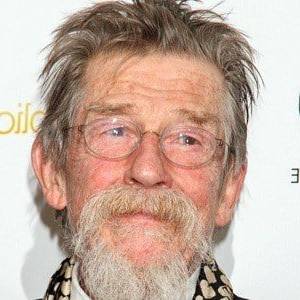 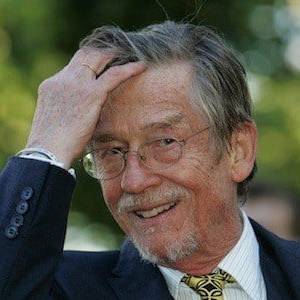 Sir John Vincent Hurt (22 January 1940 – 25 January 2017) was an English actor whose career spanned over five decades. He came to prominence for his role as Richard Rich in the film A Man for All Seasons (1966) and gained BAFTA Award nominations for his portrayals of Timothy Evans in 10 Rillington Place (1971) and Quentin Crisp in television film The Naked Civil Servant (1975) – winning his first BAFTA for the latter. He played Caligula in the BBC TV series I, Claudius (1976). Hurt's performance in the prison drama Midnight Express (1978) brought him international renown and earned Golden Globe and BAFTA Awards, along with an Academy Award nomination. His BAFTA-nominated portrayal of astronaut Kane, in the science-fiction horror film Alien (1979), notably included a scene where an alien creature burst out of his chest, named by several publications as one of the most memorable moments in cinema history.Hurt earned his third competitive BAFTA, along with his second Oscar and Golden Globe nominations, as Joseph Merrick in David Lynch's biopic The Elephant Man (1980). Other significant roles during the 1980s included Bob Champion in biopic Champions (1984), Mr. Braddock in the Stephen Frears drama The Hit (1984), Winston Smith in Nineteen Eighty-Four (1984) and Stephen Ward in the drama depicting the Profumo affair, Scandal (1989). Hurt was again BAFTA-nominated for his work in Irish drama The Field (1990) and played the primary villain, James Graham, in the epic adventure Rob Roy (1995). His later films include the Harry Potter film series (2001–11), the Hellboy films (2004 and 2008), supernatural thriller The Skeleton Key (2005), western The Proposition (2005), political thriller V for Vendetta (2005), action adventure Indiana Jones and the Kingdom of the Crystal Skull (2008), sci-fi action Outlander (2008) and the Cold War espionage film Tinker Tailor Soldier Spy (2011). Hurt reprised his role as Quentin Crisp in An Englishman in New York (2009), which brought his seventh BAFTA nomination. He portrayed the War Doctor in the BBC TV series Doctor Who in 2013.Hurt was regarded as one of Britain's finest actors; director David Lynch described him as "simply the greatest actor in the world". He possessed what was described as the "most distinctive voice in Britain", likened by The Observer to "nicotine sieved through dirty, moonlit gravel". His voice acting career encompassed films such as Watership Down (1978), The Lord of the Rings (1978), The Plague Dogs (1

John Hurt was a gifted English actor who starred in some of the most memorable films and television programmes in the British entertainment business. Hurt rose to popularity thanks to his supporting performance in 'A Man for All Seasons.' He has a career spanning more than six decades. Though many people think of Hurt as a kid genius, it's startling to learn that he wasn't permitted to watch movies or pursue acting as a vocation as a youngster. Hurt, on the other hand, was led to his passion by fate, and he made the most of it. Hurt rose to prominence as Quentin Crisp in the TV series "The Naked Civil Servant." He received a lot of appreciation for his depiction of Quentin Crisp. Hurt made his film debut in Alan Parker's American-British prison drama "Midnight Express" in 1978. He played a tormented Turkish jail prisoner who befriends Brad Davis in the film. Both commercially and critically, the picture received a lot of praise. Apart from an Academy Award nomination, it also won him his first BAFTA and Golden Globe nominations. Hurt would go on to provide some amazing performances in the decades that followed. He did voice work for television series and films in addition to performing.

His older brother, Br. Anselm, became a monk and a writer at Glenstal Abbey. He was married four times. He had two sons named Nick and Sasha.

In a school performance of The Bluebird, he made his debut as a young girl.

His death scene in the 1979 film Alien is considered by many to be one of the most memorable scenes in film history.

He appeared alongside Natalie Portman in the 2006 political thriller V for Vendetta. 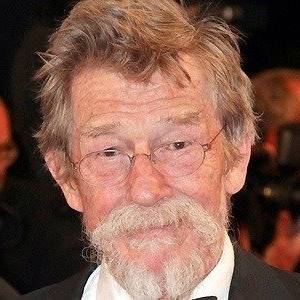