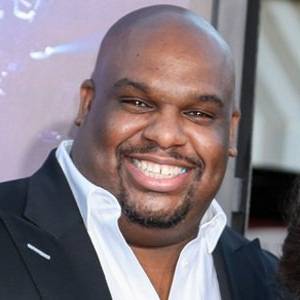 John Gray III was born on June 26, 1973 (age 49) in Cincinnati, Ohio, United States. He is a celebrity religious leader.

As an assistant pastor at Lakewood Church, he is most known as a preacher, gospel musician, and television celebrity. He has been in Fox's The Preachers and hosted the John Gray World television show.

He and his wife, Aventer Gray , have two children, a daughter named Theory Aspyn-Sky Gray and a son, John W. Gray IV.

Prior to becoming a preacher, he began his career as a backup singer for Kirk Franklin in the mid-1990s.

In April 2017, he released the debut book I Am Number 8: Overlooked and Undervalued, but Not Forgotten by God.

While preaching at Lakewood Church, he worked under lead pastor Joel Osteen .

John Gray III's house and car and luxury brand in 2021 is being updated as soon as possible by in4fp.com, You can also click edit to let us know about this information.