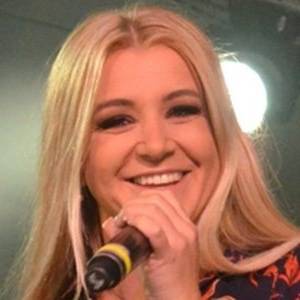 Reality television star who is known for having appeared on both the Real Money series as well as the MTV singing competition series Rock the Cradle. She is also recognized for being the daughter of rock singer Eddie Money.

She has four brothers. Her grandparents are Dottie Mahoney and Daniel Mahoney.

She attended Westlake High School and began appearing on stage with her father at an early age. In 2008, she appeared on the MTV singing series Rock the Cradle. Later that same year, she also appeared on Fox's Don't Forget the Lyrics.

She is known for having toured with her father as a back up singer and multi-instrumentalist who also plays the tambourine, cow bell, maracas, piano, and guitar,

She is known for having covered the Janis Joplin song "Turtle Blues" while on tour with her father Eddie Money.

Jesse Money's house and car and luxury brand in 2021 is being updated as soon as possible by in4fp.com, You can also click edit to let us know about this information.