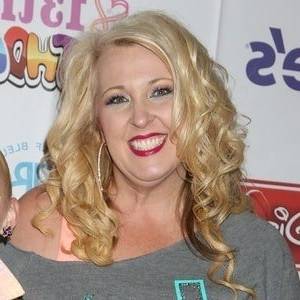 It is rightly said that mother and daughter are best of friends and when the duo set forth to do something there is nothing that can stop them. Jessalynn Siwa, a dancer and dance teacher had dreams for her daughter, JoJo Siwa, a dancer of contemporary, jazz and hip-hop style. Jessalynn thus embarked on taking her girl's talent forward and in that pursuit the two first featured on Season 2 of the American dance reality competition series ˜Abby's Ultimate Dance Competition' that aired on the American cable and satellite TV channel ˜Lifetime'. However, JoJo was eliminated in its 10th episode ˜Divas in the House'. Jessalynn then took her daughter to ˜Dance Moms', an American reality TV series where JoJo first appeared during the series' fourth season and then the duo joined the elite team of ˜Abby Lee Dance Company' in the fifth season and continued to remain permanent members of the team in the sixth season, till its second half. Thereafter, the two left the show following JoJo's signing of a consumer deal with ˜Nickelodeon'. Jessalynn is renowned as one of the two eponymous moms of ˜Dance Moms', the other being Kira Girard.

She has a son named Jayden. Her mother is Kathy Lombardi and she has a sister named Tessa.

She first appeared on-screen in the second season of Abby's Ultimate Dance Competition.

Rivals nicknamed her and JoJo's act as the Jessalynn and JoJo circus.

She and Kira Girard are just two of the eponymous moms of Dance Moms.

Jessalynn Siwa's house and car and luxury brand in 2021 is being updated as soon as possible by in4fp.com, You can also click edit to let us know about this information.