Linebacker/defensive end hybrid Before joining the Bills in 2013, he spent three seasons with the Indianapolis Colts. In his first four seasons, he had 108 tackles and 15 sacks.

He is the son of Jerry Sr. and Pam Hughes.

He rushed for 1,400 yards and also pitched for the baseball team at Austin High School.

He won the Lott Trophy as Defensive IMPACT Player of the Year while also being named a Consensus All-American his 2009 season at TCU.

Information about His net worth in 2021 is being updated as soon as possible by infofamouspeople.com, You can also click edit to tell us what the Net Worth of the Jerry Hughes is

He and Glenn Dorsey were both Lott Trophy winners during their college career.

Jerry Hughes's house and car and luxury brand in 2021 is being updated as soon as possible by in4fp.com, You can also click edit to let us know about this information. 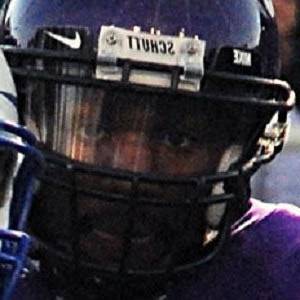