Jasmine Cephas Jones is an American-British actress, singer, and producer. She is best known for originating the dual roles of Peggy Schuyler and Maria Reynolds in the Broadway stage musical Hamilton. In 2020, Cephas Jones won a Primetime Emmy for portraying Tyisha in #freerayshawn.

Actress who rose to prominence after playing Maria Reynolds and Margarita "Peggy" Schuyler Van Rensselaer in the Tony Award-winning musical Hamilton. She also appeared in the film Blindspotting, which was released in 2018.

She is the daughter of film and stage actor Ron Cephas Jones and English jazz singer Kim Lesley. She began a relationship with Hamilton co-star Anthony Ramos in 2015.

She began her career in the entertainment industry by playing opposite her father Ron Cephas Jones in the indie film Titus in 2013.

She has earned small guest appearances on television shows like Blue Bloods and Unforgettable.

She has been dating/engaged to Hamilton co-star Anthony Ramos since 2015 (engaged 2018).

Jasmine Cephas Jones's house and car and luxury brand in 2021 is being updated as soon as possible by in4fp.com, You can also click edit to let us know about this information.

● Jasmine Cephas Jones was born on July 21, 1989 (age 33) in Brooklyn, New York, United States ● She is a celebrity actress ● Her nationality is American● Her the best movies are Blindspotting (2018), Monsters and Men (2018), Dog Days (2018), Mistress America (2015) and Titus (2013) ● Her successful album is Dog Days (Original Motion Picture Soundtrack)● She attended Berklee College of Music, Neighborhood Playhouse School of the Theatre● The parents of Jasmine Cephas Jones are Ron Cephas Jones, Kim Lesley● Her weight is 52 kg● Her height is 5 ft 5 in 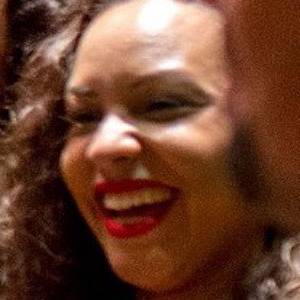