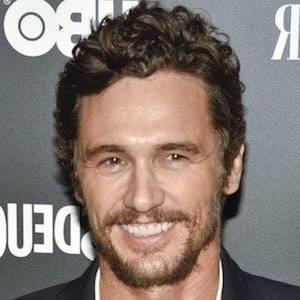 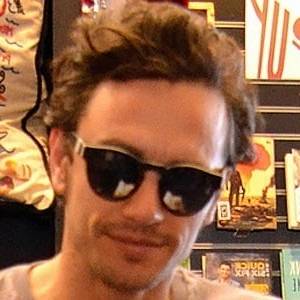 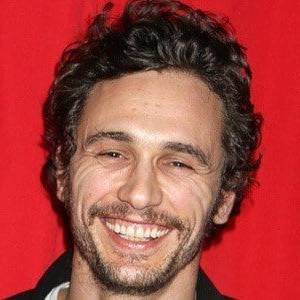 James Edward Franco is an American actor. For his role in 127 Hours , he was nominated for an Academy Award for Best Actor. Franco is known for his roles in films, such as Sam Raimi's Spider-Man trilogy , Milk , Eat, Pray, Love , Rise of the Planet of the Apes , Spring Breakers , and Oz the Great and Powerful . He is known for his collaborations with fellow actor Seth Rogen, having appeared in eight films and one television series with him, examples being Pineapple Express , This Is the End , Sausage Party , and The Disaster Artist , for which he won a Golden Globe Award for Best Actor.

James Franco is an actor, director, screenwriter, producer, teacher, and author from the United States. He acquired a strong desire to learn and enrolled in a variety of colleges, focusing mostly on creative writing. His mainstay, though, remained acting. He made his television debut in the NBC series Freaks and Geeks, which became a cult classic. Never Been Kissed was his first film. With his part as Harry Osborn in Spider-Man, he shot to popularity. In the sequels Spider-Man 2 and Spider-Man 3, he reprised his role. As Robert James Franco Frank in the soap drama General Hospital, he made sporadic appearances. His role in Pineapple Express earned him critical acclaim and recognition. He won a Golden Globe for his portrayal of James Dean in the film James Dean. His portrayal in Milk received critical acclaim, and he was nominated for an Independent Spirit Award for Best Supporting Actor. He earned an Independent Spirit Award for his performance as real-life mountain climber Aron Ralston in 127 Hours, for which he was nominated for an Academy Award, a Golden Globe, and a SAG Award. He's dabbled with directing and scriptwriting. He's also authored short stories and taught film and English at universities such as USC, UCLA, CalArts, and New York University. He continues to work as an actor with zeal.

He dated actress Amanda Seyfried in June 2012 after filming Lovelace with her. His mother Betsy Lou is an actress and writer, and his father Douglas is a Silicon Valley businessman. He has two brothers named Dave and Tom . He began dating Isabel Pakzad in 2017.

He was placed under the guardianship of a legal guardian after being arrested as a teenager for underage drinking and graffiti. He took acting training at the Playhouse West and worked at McDonald's after dropping out of UCLA.

He developed a love for painting while attending the California State Summer School for the Arts. He later taught screenwriting at UCLA.

James Franco's estimated Net Worth, Salary, Income, Cars, Lifestyles & many more details have been updated below. Let's check, How Rich is He in 2021-2022? According to Forbes, Wikipedia, IMDB, and other reputable online sources, James Franco has an estimated net worth of $30 Million at the age of 44 years old in year 2022. He has earned most of his wealth from his thriving career as a Actor, Author, Film director, Screenwriter, Film Producer, Teacher, Model, Film Editor, Poet from United States. It is possible that He makes money from other undiscovered sources

He starred in the hit film Pineapple Express with Seth Rogen .

James Franco's house and car and luxury brand in 2021 is being updated as soon as possible by in4fp.com, You can also click edit to let us know about this information. 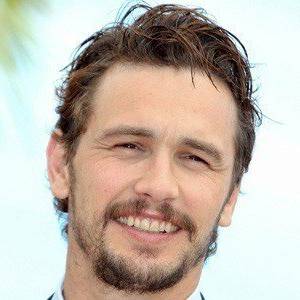