James Alfred Van Allen was an American space scientist at the University of Iowa. He was instrumental in establishing the field of magnetospheric research in space.

Pioneer of space magnetospheric research, whose discovery of the earth's radiation bands aided in the advancement of astronomy. In 1960, he was named one of Time Magazine's Man of the Year.

He was born in Mount Pleasant, Iowa.

He worked on radio-proximity artillery shells as a navy commander during WWII, and he also oversaw the use of captured V-2 rockets for atmospheric probing.

He proposed the launching of a satellite that returned back invaluable data about the composition of the upper atmosphere, and the discovery of the Van Allen radiation belts.

Both he and a fellow astronomer, Edwin Hubble , were once featured on the cover of Time magazine.

● James Van Allen was born on September 7, 1914 (age 91) in Iowa, United States ● He is a celebrity scientist ● In His career, James Van Allen has achieved an Gold Medal of the Royal Astronomical Society● He attended The University of Iowa (1939), Iowa Wesleyan University● He died on August 9, 2006, Iowa City, IA● His spouse is Abigail Fithian Halsey (m. 1945) 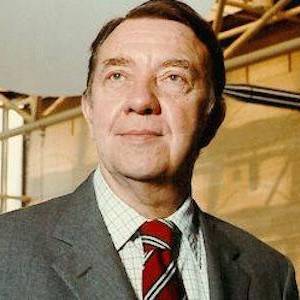