Gary Leon Ridgway , also known as the Green River Killer, is an American serial killer. He was initially convicted of 48 separate murders. As part of his plea bargain, another conviction was added, bringing the total number of convictions to 49, making him the second most prolific serial killer in United States history according to confirmed murders. He killed many teenage girls and women in the U.S. state of Washington during the 1980s and 1990s.Most of Ridgway's victims were alleged to be sex workers and other women in vulnerable circumstances, including underage runaways. The press gave him his nickname after the first five victims were found in the Green River before his identity was known. He strangled his victims, usually by hand but sometimes using ligatures. After strangling them, he would dump their bodies in forested and overgrown areas in King County, often returning to the bodies to have sexual intercourse with them.On November 30, 2001, as Ridgway was leaving the Kenworth truck factory where he worked in Renton, Washington, he was arrested for the murders of four women whose cases were linked to him through DNA profiling evidence. As part of a plea bargain wherein he agreed to disclose the locations of still-missing women, he was spared the death penalty and received a sentence of life imprisonment without the possibility of parole.

Gary Leon Ridgway is an American serial murderer who claims to have killed over 70 women by strangling them to death. Because the corpses of his first five victims were discovered near Seattle in the Green River, he was dubbed the "Green River Killer." He began killing young women in 1982 and has been found guilty of 48 of them. The crimes were well planned, leaving no evidence that may lead investigators to suspect Ridgway. Instead, by planting false clues, he frequently mislead the search crew. He targeted prostitutes as his victims because police would not pursue charges involving such women, allowing him to remain secure. After a two-decade inquiry, he was ultimately apprehended in 2001 after evidence was discovered through a DNA match with four victims. Robert Keppel and Dave Reichert were assigned to the case, and they were ultimately successful in proving the killings. During his arrest, Ridgway lived with his third wife and tried to project the impression of a decent neighbor by maintaining a quiet and routine life. He pled guilty to killing 48 women and disposing of their corpses after his capture. His conviction resulted in him receiving numerous life sentences. Ridgway acknowledged to murdering more than 70 young women during interrogation. The terrible criminal is regarded as one of America's most ruthless serial murderers. He considered murdering young ladies to be his genuine calling.

He was born in Salt Lake City, Utah, and grew up in a working-class neighborhood near Seattle's SeaTac airport.

He served in Vietnam and returned to work painting trucks, which he continued to do throughout his murder spree.

He frequently brought his victims to remote, wooded areas, and dumped their bodies into the now infamous Green River; he would never have been caught if not DNA matching technology.

Gary Ridgway's house and car and luxury brand in 2021 is being updated as soon as possible by in4fp.com, You can also click edit to let us know about this information. 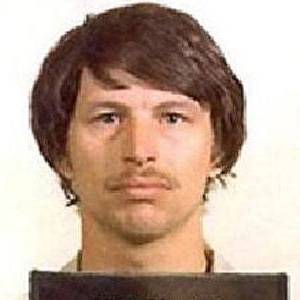