Competitive gamer and full-time Twitch streamer renowned for playing the game Hearthstone under the username forsen. On his road to become one of the Top 75 most followed Twitch streamers, he has amassed over 900,000 Twitch followers.

He is a Swedish gamer whose real name is Sebastian Fors.

He used to be a StarCraft II player. At the DreamHack Stockholm 2012 competition, he made it to the final group stage.

He won the HTC Invitational in May of 2015 and won lesser tournaments called Challengestone #3 and GEICO Brawl #1, also in 2015. In 2014, he was a member of the team ManaGrind.

Information about His net worth in 2021 is being updated as soon as possible by infofamouspeople.com, You can also click edit to tell us what the Net Worth of the Forsen is

He and Marcin Filipowicz both stream Hearthstone game footage on Twitch.

Forsen's house and car and luxury brand in 2021 is being updated as soon as possible by in4fp.com, You can also click edit to let us know about this information. 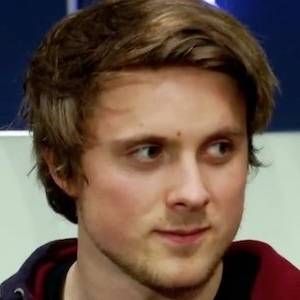