American actor of Jamaican descent who has been in a number of feature films and television shows. He is best known for playing Hayes in the 2005 picture King Kong, as well as roles in Planet of the Apes and Captain America: The Winter Soldier.

He was born in Kingston, Jamaica but was raised in Brooklyn, New York. He lated moved to Long Island where he was raised as well.

He studied economics at Cornell University and graduated with a bachelor's degree. He became a member of the Kappa Alpha Psi fraternity's Iota Phi Chapter, where he discovered his love for acting. In 1999, he made his acting debut in The Cider House Rules, as the character Jack.

In addition to acting, he is also a singer and was credited with performing the track "Have a Little Faith In Me" in the 2001 series Alias.

Information about His net worth in 2021 is being updated as soon as possible by infofamouspeople.com, You can also click edit to tell us what the Net Worth of the Evan Parke is

He starred alongside Naomi Watts , Jack Black , and Adrien Brody in the 2005 version of King Kong.

Evan Parke's house and car and luxury brand in 2021 is being updated as soon as possible by in4fp.com, You can also click edit to let us know about this information. 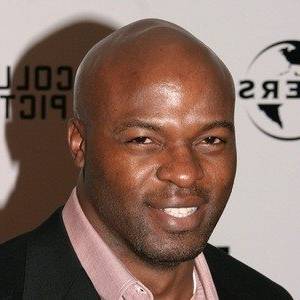