El Chino ntrax, or José Rodrigo Aréchiga Gamboa, is an imprisoned drug kingpin and hitman most known for being a high-ranking member of the Sinaloa Cartel. He also established the Los ntrax armed security squadron and assassin organization to protect Ismael Zambada. In December 2013, he was arrested for narcotics trafficking.

His girlfriend Yuriana Castillo Torres was discovered brutally murdered in Culiacán, Mexico in May 2014.

He began his Sinaloa Cartel career as the bodyguard of Vicente Zambada Niebla, Ismael Zambada's son.

There are a number of narco-corridos, or ballads, narrating the exploits of Gamboa and Los Ántrax.

Information about His net worth in 2021 is being updated as soon as possible by infofamouspeople.com, You can also click edit to tell us what the Net Worth of the El Chino Ántrax is

He served as a member of the Sinaloa Cartel, a drug organization spearheaded by Joaquin Guzman Loera, better known as El Chapo . 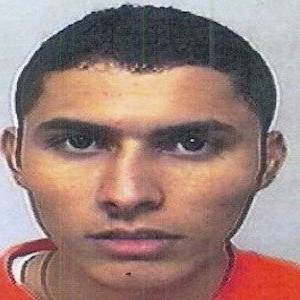