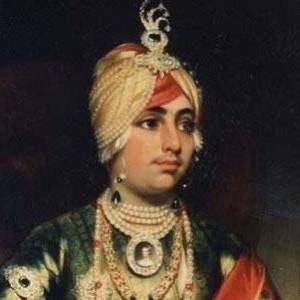 Maharaja known as the Black Prince of Perthshire who was deposed following the Second Anglo-Sikh War and converted to Christianity. His conversion and later re-initiation into Sikhism has made him the subject of controversy to this day.

He married twice and had a total of eight children. The first six children were from his first wife, Bamba Muller.

He took the title of Maharaja at age five following the assassination of four of his predecessors.

He was beloved by Queen Victoria, who was the godmother of several of his children.

Information about Duleep Singh’s net worth in 2021 is being updated as soon as possible by infofamouspeople.com, You can also click edit to tell us what the Net Worth of the Duleep Singh is

He was the son of Ranjit Singh, founder of the Sikh Empire.