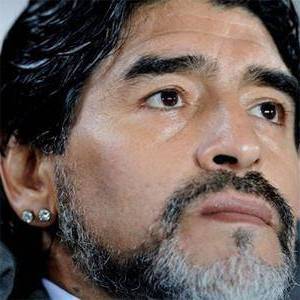 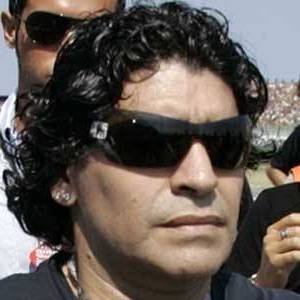 Diego Armando Maradona was an Argentine professional football player and manager. Widely regarded as one of the greatest players in the history of the sport, he was one of the two joint winners of the FIFA Player of the 20th Century award. Maradona's vision, passing, ball control, and dribbling skills were combined with his small stature, which gave him a low centre of gravity allowing him to manoeuvre better than most other players. His presence and leadership on the field had a great effect on his team's general performance, while he would often be singled out by the opposition. In addition to his creative abilities, he possessed an eye for goal and was known to be a free kick specialist. A precocious talent, Maradona was given the nickname "El Pibe de Oro" , a name that stuck with him throughout his career. He also had a troubled off-field life and was banned in both 1991 and 1994 for abusing drugs.An advanced playmaker who operated in the classic number 10 position, Maradona was the first player to set the world record transfer fee twice: in 1982 when he transferred to Barcelona for £5 million, and in 1984 when he moved to Napoli for a fee of £6.9 million. He played for Argentinos Juniors, Boca Juniors, Barcelona, Napoli, Sevilla, and Newell's Old Boys during his club career, and is most famous for his time at Napoli where he won numerous accolades.

Star offensive midfielder who is regarded as one of the all-time great soccer players and was Argentina's World Cup hero in 1986. He played for 7 different clubs throughout his club career, scoring 81 goals in 188 games for Napoli between 1984 and 1991.

He had two daughters, Dalma and Gianinna, with his ex-wife Claudia Villafañe, whom he divorced in 2004. He also had a daughter with Valeria Sabalain named Jana, a son named Diego Armando Jr. with Cristiana Sinagra and another son named Diego Fernando with Verónica Ojeda.

Talent scouts first saw him when he was 10 years old, and when he was 15 years old in 1975, he enrolled in the Argentinos Juniors junior program.

He scored both of Argentina's goals in the quarterfinals of the 1986 World Cup against England; one of the goals was the result of a missed hand-ball call on Maradona and became known as the "Hand of God" goal.

He and Lionel Messi are two of the top Argentinian soccer players of all-time. 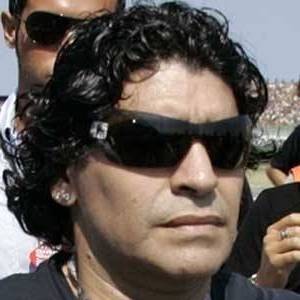