Denis Viktorovich Shapovalov is a Canadian professional tennis player. He has been ranked as high as world No. 10 in singles by the Association of Tennis Professionals which he first achieved in September 2020. He is the third highest-ranked Canadian male player in history behind Félix Auger-Aliassime and Milos Raonic . He has won one ATP Tour singles title and produced his best Grand Slam performance at the 2021 Wimbledon Championships, where he reached the semifinals. Shapovalov also has a career-high doubles ranking of world No. 44, which he attained in February 2020.

He has one older brother named Evgeniy. His mother and father are of Jewish and Russian descent, respectively.

At the age of five, he started playing tennis at his mother's club. In October 2013 in the ITF G5 competition, he captured his maiden junior singles championship.

He won the 2016 Wimbledon junior singles title. He had previously won the 2015 US Open doubles tournament with partner Félix Auger-Aliassime.

He defeated then-world number two singles player Rafael Nadal at the 2017 Rogers Cup. He would go on to lose in the semifinals to Alexander Zverev Jr.

Denis Shapovalov's house and car and luxury brand in 2021 is being updated as soon as possible by in4fp.com, You can also click edit to let us know about this information.

● Denis Shapovalov was born on April 15, 1999 (age 23) in Tel Aviv, Israel ● He is a celebrity tennis player ● The parents of Denis Shapovalov are Tessa Shapovalova, Viktor Shapovalov● His weight is 75 kg● His height is 6 ft 1 in 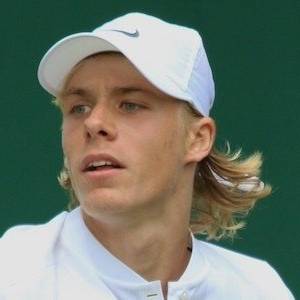