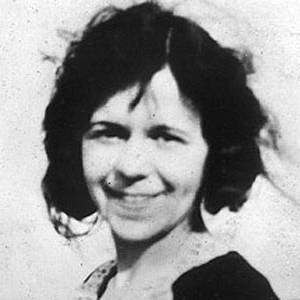 Dawn Powell (November 28, 1896 – November 14, 1965) was an American novelist, playwright, screenwriter, and short story writer. Known for her acid-tongued prose, "her relative obscurity was likely due to a general distaste for her harsh satiric tone." Nonetheless, Stella Adler and author Clifford Odets appeared in one of her plays. Her work was praised by Robert Benchley in The New Yorker and in 1939 she was signed as a Scribner author where Maxwell Perkins, famous for his work with many of her contemporaries, including Ernest Hemingway, F. Scott Fitzgerald and Thomas Wolfe, became her editor. A 1963 nominee for the National Book Award, she received an American Academy of Arts and Letters Marjorie Peabody Waite Award for lifetime achievement in literature the following year. A friend to many literary and arts figures of her day, including author John Dos Passos, critic Edmund Wilson, and poet E.E. Cummings, Powell's work received renewed interest after Gore Vidal praised it in an 1987 editorial for The New York Review of Books. Since then, the Library of America has published two collections of her novels.

She was a prolific writer of plays, short stories, and novels, typically setting her stories in Midwestern communities or including the relocation of Midwesterners to New York City in their storylines. She Walks in Beauty (1928), Turn, Magic Wheel (1936), A Time to be Born (1942), and The Locusts Have No King are some of her best-known compositions (1948).

She was born in Mt. Gilead, Ohio as the second of three daughters. She ran away from her abusive stepmother when she was thirteen years old.

In 1918, she relocated to New York City and made Greenwich Village her home. As a freelance essayist and short story writer, she started her writing career.

Her first two novels failed to sell, but her third, a social satire called Turn, Magic Wheel (1936), met with success.

Her play, Walking Down Broadway, was adapted for the silver screen by Erich von Stroheim; the film version was titled Hello, Sister!

Quote by Dawn Powell - All Americans come from Ohio originally, if only briefly...

Black And White Quotes - 4 months ago

Top 10 Celebrities Who Destroyed Their Careers On Talk Shows

Review of "The Wicked Pavilion" by Dawn Powell:

The Life and Tragic Ending of Heather Locklear

Dawn Powell: The Writer Who Was Almost Lost with Fred Volkmer (November 3, 2011)

Gore Vidal on authors he hates

"Bye Bye Baby"~ The origin, by Powell St.John, the writer!

Reading and Conversation with D.A. Powell

USC Dornsife College of Letters, Arts and Sciences - 12 years ago