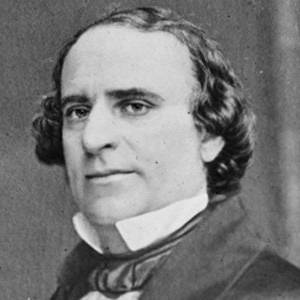 David Levy Yulee was an American politician and attorney. Born on the island of St. Thomas, then under British control, he was of Amazigh Jewish ancestry: his father was from Morocco, and his mother, also of Amazigh descent, was born in Sint Eustatius and raised in St. Thomas. The family moved to Florida when he was a child, and he grew up there on their extensive lands. He later served as Florida's territorial delegate to Congress. Yulee was the first person of Jewish ancestry to be elected and serve as a United States senator, serving 1845–1851 and again 1855–1861. He founded the Florida Railroad Company and served as president of several other companies, earning the nickname of "Father of Florida Railroads." In 2000 he was recognized as a "Great Floridian" by the state.

Florida's senator from 1845 through 1851 was an American politician and Democratic party member. Notably, he was the nation's first Jewish senator.

When he was a youngster, his family relocated from the Virgin Islands to Florida.

After Civil War was declared he withdrew from the Senate and became a member of the Confederate Congress.

His senatorship led the way for other Jewish Senators including Carl Levin.