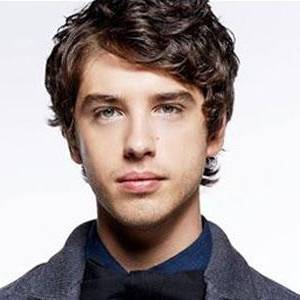 David Lambert (born November 29, 1993) is an American actor. He is best known for playing Brandon Foster on the Freeform original series The Fosters.

actor who has portrayed Brandon Foster on ABC Family's The Fosters and Jason Landers on the television series Aaron Stone.

He has a younger brother named Jon Gabriel, as well as a younger sister named Gigi. He dated his The Fosters costar Meg Delacy. He previously dated actress Kaya Rosenthal.

He grew up moving about a lot, including to Louisiana, Georgia, England, Taiwan, and Texas.

He had TV movie roles in Den Brother and Pretty/Handsome.

He acted alongside Kristen Bell in the 2013 film The Lifeguard.

David Lambert's house and car and luxury brand in 2021 is being updated as soon as possible by in4fp.com, You can also click edit to let us know about this information.

David Lambert & Tom Williamson of 'The Fosters' on Acting

Shine On Media - 9 years ago