Daniel Louis Aiello Jr. () was an American actor. He appeared in numerous motion pictures, including The Godfather Part II , The Front , Once Upon a Time in America , Hide in Plain Sight , The Purple Rose of Cairo , Moonstruck , Harlem Nights , Do the Right Thing , Jacob's Ladder , Hudson Hawk , Ruby , Léon: The Professional , 2 Days in the Valley , Dinner Rush , and Lucky Number Slevin . He played Don Domenico Clericuzio in the miniseries The Last Don .

Actor of Italian descent best known for his roles in Jacob's Ladder and Do the Right Thing. He received more praise for his roles in the movies Once Upon a Time in America, The Godfather Part II, and Dinner Rush.

He got married to Sandy Cohen in 1955 and their son, Danny Aiello III, became a famous stuntman in Hollywood. They also had two other sons named Rick and Jamie as well as a daughter named Stacy.

He was a nightclub bouncer before enlisting in the army at the age of 16.

Playing pizza parlor owner Salvatore Sal Frangione in Do the Right Thing got him nominated for an Academy Award.

He starred in Spike Lee's Do the Right Thing. 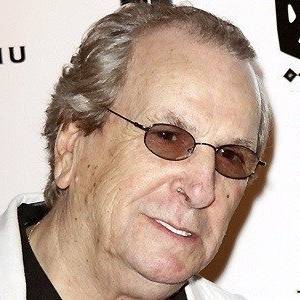