Damon William Elliott is an American musician, record producer, singer, songwriter and composer, who has worked in several genres of music including hip hop, R&B, pop, pop rock, gospel, reggae and country. He is the founder/CEO of The Damon Elliott Music Group, and the founder and president of both Confidential Records and Kind Music Group.

Known for his work in the R&B, pop, gospel, and hip-hop genres, acclaimed music producer and composer. For his contributions to the Moulin Rouge soundtrack, he won a Grammy Award.

He was born into a musical family. His mother, Dionne Warwick , had a successful career as a singer, and his cousins, pop singer Whitney Houston and operatic soprano Leontyne Price , were stars in their respective musical genres.

He worked on records by Destiny's Child and rapper Flesh-n-Bone early in his career.

An entrepreneur as well as a talented producer, he formed a company called The Damon Elliott Music Group.

He collaborated with singer Pink on her 2001 album Missundaztood.

Damon Elliott's house and car and luxury brand in 2021 is being updated as soon as possible by in4fp.com, You can also click edit to let us know about this information. 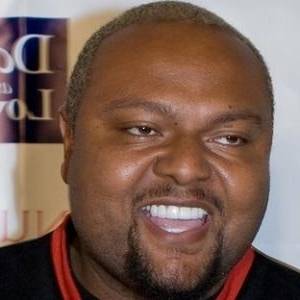