Daequan Loco is a YouTuber, professional Fortnite player, and Twitch Streamer from the United States. Apart from becoming a Fortnite streamer, Daequan has also dabbled in eSports, notably competing in large Fortnite tournaments. His squad, TSM Daequan, is made up of three other players: OPSCT, Camills, and Hamlinz. He is a member of the US-based eSports organization, Team SoloMid (TSM). Daequan has accomplished a lot in his career as a Fortnite player and streamer. In a Fortnite game, he once achieved a World Record for maximum kills (39 kills) in the Teams of 20 game mode. Teeqzy, a YouTuber, eventually broke the record with 43 kills. Daequan's Daequan Loco channel was created solely for Fortnite videos. His YouTube channel, which he created himself, now has millions of subscribers. He also has a sizable Instagram and Twitch following.

He is from Florida. He began dating a girl named Exie.

Sparkidious was his first MMO IGN.

He earned more than 3.2 million YouTube subscribers and 2.1 million followers on Twitch.

Information about His net worth in 2021 is being updated as soon as possible by infofamouspeople.com, You can also click edit to tell us what the Net Worth of the Daequan Loco is

He is alive and well and is a celebrity esports player

He and TheMyth both joined the professional gaming team, Team Solo Mid.

Daequan Loco's house and car and luxury brand in 2021 is being updated as soon as possible by in4fp.com, You can also click edit to let us know about this information. 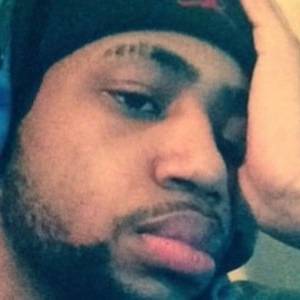